By Frank and Cathie Omilian

My mother, born Josephine Siembor, would sometimes talk about the farm that the Siembor family lived on between September, 1925 and August, 1933.   At that time the family consisted of Ma (Katherine), Pa (Joseph), Josephine, Louie, Wally, and Celie.  Besides the farm stories there is another indication of how special she felt about the farm, the neighborhood, and the one room school house they attended.  I know with certainty that my mom visited the farm at least once in every decade (except perhaps the 1950s) until the early 2000s.  I know this from pictures and notes in her albums and the fact that Cathie and I were her chauffeurs for the last 3 visits before her death in 2003.

The farm is at 8650 Colf Road.  Colf Road begins on its west end at Rawsonville Road and runs east for about 8 miles with the other end being at Carlton West Road. 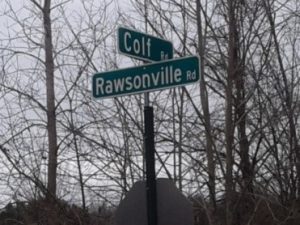